One Saturday morning about a month ago, I was enjoying some coffee and suddenly became absolutely overwhelmed with exuberance. This was because a few moments prior, I had been alerted a Honda Element – the perfect Honda Element – was mine for the taking at a dealership in St. Louis. I’d gotten all the info I needed. It was flawless – dent-free, fresh rubbers, highest trim level, EVERYTHING. I’d talked the guy down a few thousand on price, and gotten our trade value increased by a couple grand. Things were great, and when Cate blissfully awoke from her weekend slumber, I informed her we were embarking on a trip to St. Louis to obtain the car of our dreams. The squeal projected from her mouth resembled that of a child who’d just been informed she was inheriting a pony. We packed our shit, made a playlist, and departed.

We sang songs and played games as we cruised – attempting to squeeze as much enjoyment as we could into the final hours of owning our current Element. All was well, friends, as we exchanged smiles, laughs and memories over the course of the trip. All of that ended the moment I laid eyes on the St. Louis Element. Everything the sales guy told me was inaccurate. Paint was missing on the back. The interior was home to a nest of flaws. There was a smell. We had been played by a guy we thought we knew.We felt betrayed. We felt wronged. It hurt, man. It hurt.

Eating Taco Bell’s Quesalupa was roughly the same experience, and nearly too much of a letdown for this gringo to handle.

The hype surrounding the Quesalupa was seemingly unavoidable leading up to its announcement during the SuperBowl, and I’ll admit we both bought in – big time. A delightful mix of fast, Mexican food greatness housed within a cheese-stuffed shell? Seriously, sign me up a thousand times. This blog needed it because of the cheese. I needed it like I need whiskey on Wednesday. So, Cate grabbed us a couple on her way home. 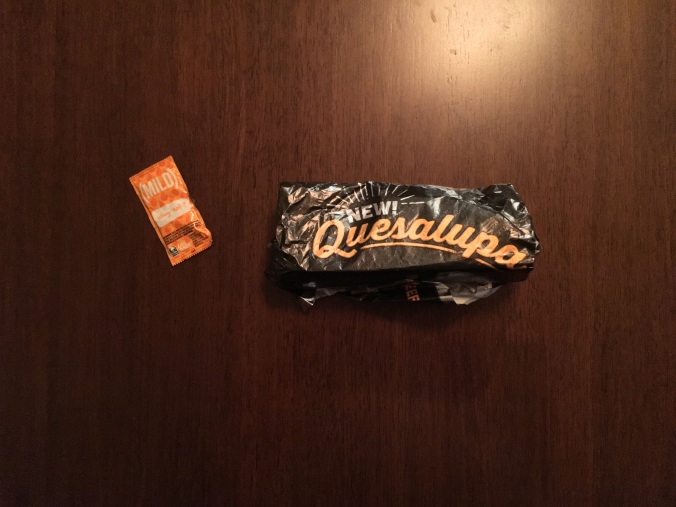 The Quesalupa was wrapped in foil and hoisted up by a very hype-y paper holder. We bit in, and the texture was not as advertised. No melty cheese strings stretched from your bite to the Quesalupa. Speaking of which, the cheese within the shell was more like a cheese patty. Beyond that, it was really just your basic taco – meat, cheese, lettuce, and sour cream.

Much like the visit to Mungenast Honda in St. Louis, the Quesalupa was an excruciating letdown. That said, I think Taco Bell would have been better off if they had just let the Quesalupa sell itself. Sure, it would have still been a bummer, but with the overbearing levels of #hype they shoved down our throats, Taco Bell essentially mass-distributed sadness to the country’s entirety. 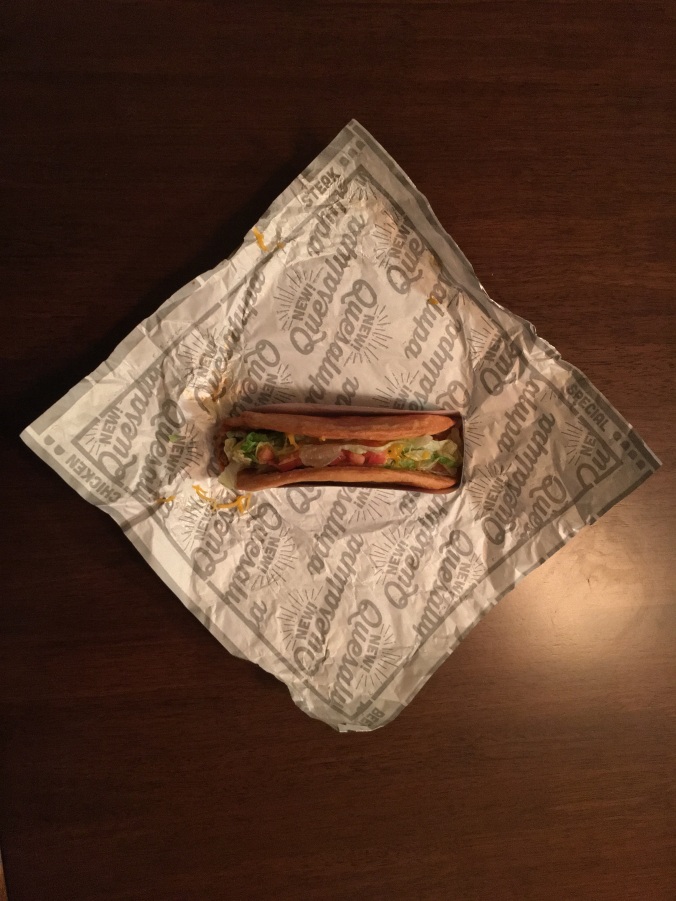 All this aside, it’s important to remember that none of us are perfect. We all have a reliable set of skills, and you can’t blame TBell for reaching for the stars on this one. Taco Bell is a fantastic establishment, and Cate and I will still buy thousands of Crunchwrap Supremes and Cheesy Gordita Crunches in the years ahead. For now, Taco Bell just needs to go back what they do best – serving America delightfully shitty Mexican food. 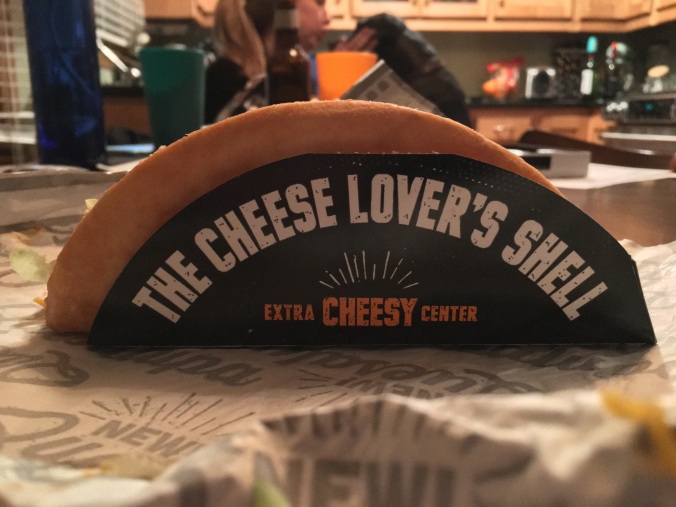 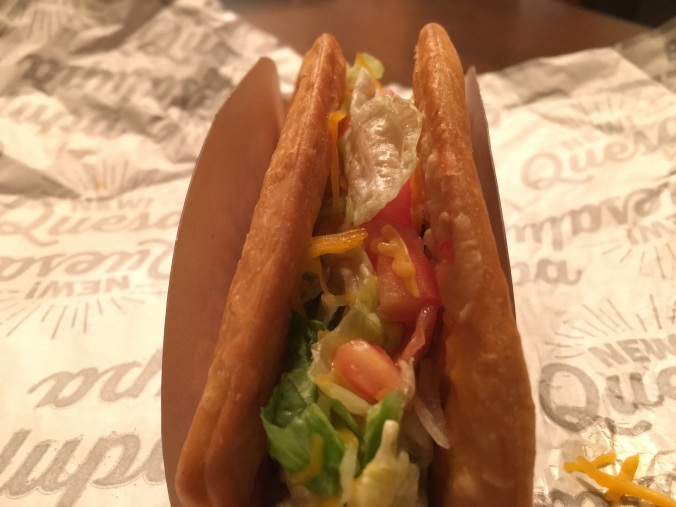 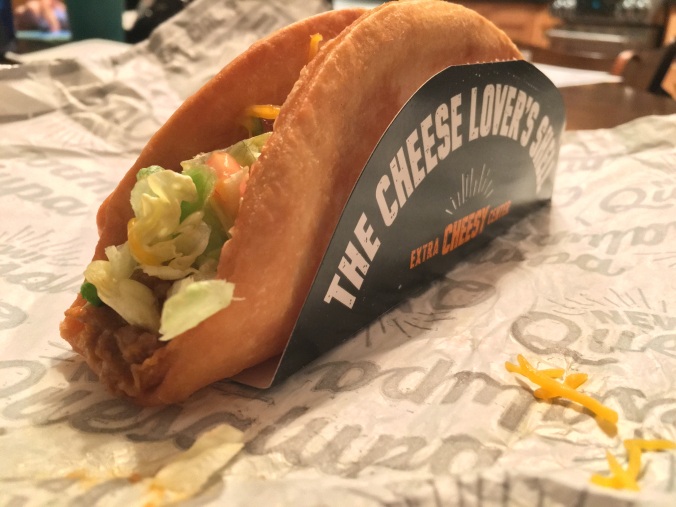 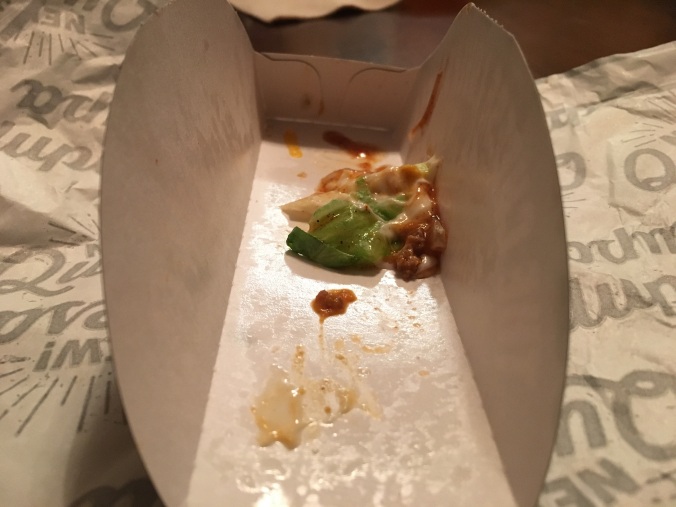 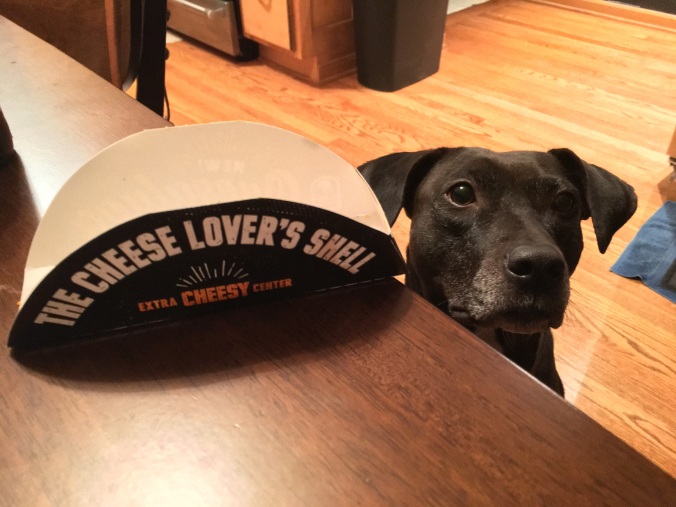 Even the dog wanted no part of it.